I must say this football season is unlike any other I have seen yet. Let’s just say WOW, and if you don’t follow the train of thought…no need. You might be saving yourself from Sunday afternoons full of yelling at the television screen. Football brings out the Dark Side of the Force in me; so yesterday I just shut the TV off and went upstairs to hang out with my family as they were all sitting in the living room reading and being studious! 😀 Of course, I had to give them a five-minute “touchdown” of my frustrations–which ended up giving me a few laughs. Today, I am sure the sports channels like ESPN were an endless discussion of stats, reruns of plays, analogies and the controversies…but tonight I want to take you back to a time where none of that mattered. The pros have to start somewhere: that is right. High School! (Technically junior high, but in this case, I start at high school!)

The town I grew up in was small, but second largest in the area. Truly amazing to say that I knew everyone in my high school. None of my roommates in college related to that aspect. Small towns meant that most of the shops in town were closed by 5pm for the day, so there was no problem getting the town together for a 7pm football game! The band was there, junior class selling concessions for their spring prom, rival team fans sat on the bleachers across the field. Finding friends to sit next to was not a hard issue; Most often you could share a blanket in the stands and “huddle” together to keep warm. (HAHA. The puns are getting to me!!) The home crowds stands and cheers as the team runs out of the locker room, which was from the gym that faced the field. Usually a student or the band played the National Anthem and then the announcers start their introductions. At the time, football games could just not get any better!

However, even high schools have their own set of controversies. Coming into my freshman year, being a newbies on the cross-country team meant that my sister and I did not realize the drifts between the football team and the cross-country team. Playful teasing went as followed: some football player pokes fun at our team running outfits, some cross-country runner pokes fun at their helmets (and the fact that on game days they “run”–aka jog–five minutes on main street with their helmets on…never understood that one); football players return the joke with our “team structure”, in return our team pokes fun at the way they say running 10 yards is hard. On and on…just little things that I had never thought about before that would seem to another team so weird.

Well, pride kicked in and I was ready to defend cross-country for all it’s worth. So that Labor Day, my sister and I made our own football outfits and went to the school to take some pictures. My mom did the photos. What ended up being “the ultimate comeback” turned out to be so hilarious, we just about died laughing on the field. A good high school memory for sure!!! Our team thought it was great too. I am not sure the football players even ever saw the pictures! 🙂 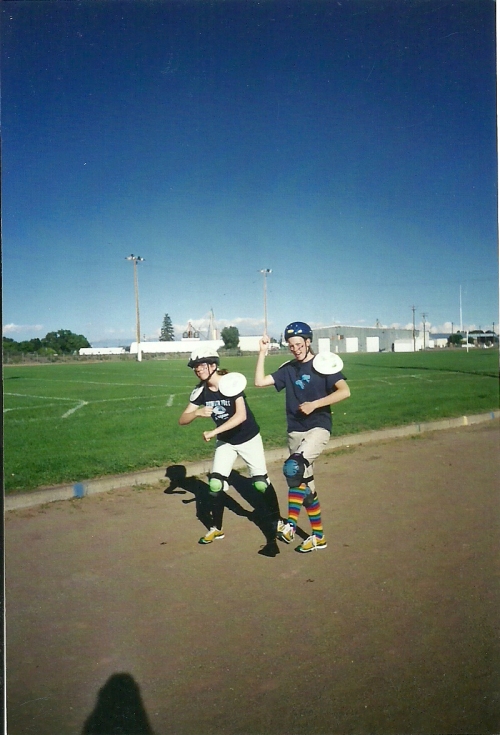 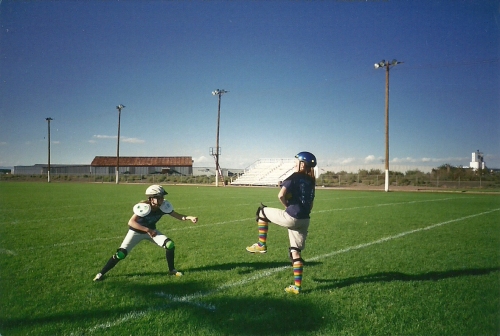 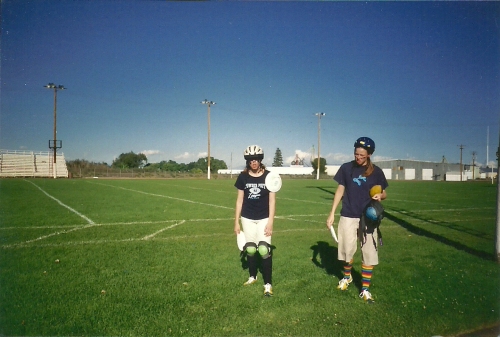