Time for “Now and Then!” 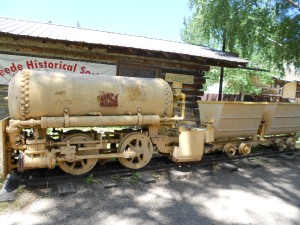 Creede is located in the San Luis Valley…go much much farther than the city limits and you are in mining mountain territory. Growing up, the mines were not active but they had the mining museum open so you could see how the miners back in the late 1800’s mined for silver. Currently, a mine called The Last Chance Mine still operates. Back in 1889, Nicolas Creede found silver in the mountains above what is now known as Creede, CO. He yelled to his partner, “Holy Moses! I’ve found it!” and they staked their claim as the Holy Moses mine. The Last Chance was also during this era. 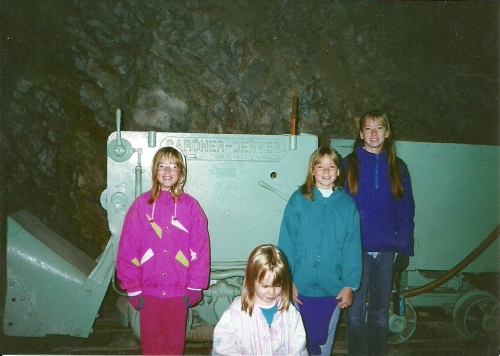 Then. (My sisters and I at the mining museum.)

Growing up, we went up to Creede/surrounding areas a lot during the summer months. Some of the shops close for winter, but Creede still thrived as a town during the winter months too. Thinking of the history of Creede–it is amazing that it is still alive and thriving today! The Silver Panic of 1893 left Creede in a bind. When things reopened most went to Leadville to mine for silver there. In the early 1900’s, the town went through a few fires and floods. Most of the buildings that you see today are not the originals from 1890’s but from after the fires/floods. Some, however, are still there. 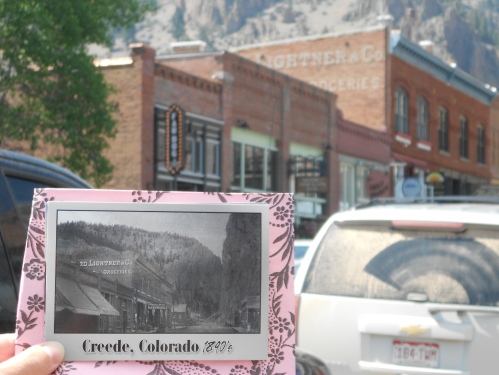 Creede is best known for their Fourth of July celebrations. Big town parade, kid events digging for treasures in a saw dust pile (huge pile!!!), souvenir shops, rock-drilling contests, and of course the fireworks from the mountains above. 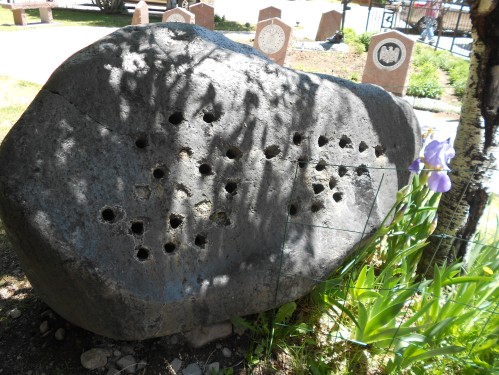 Creede is also famous for the Western outlaws that came for the silver rush in the 1890’s. “Soapy Smith” and his gang, Bob Ford–the man who shot Jesse James, Ed O’Keffey–the man who shot the man who killed Jesse James (lame, but that is why he shot Bob Ford), and Poker Alice. All in Creede. 🙂 Wow! All interesting characters and part of the good ol’ West!!! 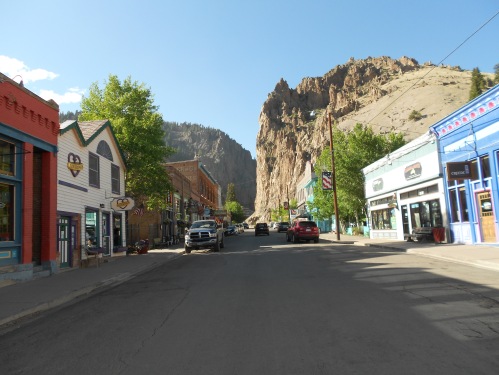 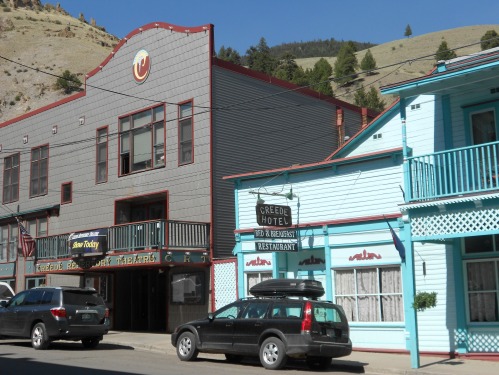 Creede Theater and Hotel. The theater has amazing play productions! My favorite: Our Town. I remember my older sister saying that we should leave after the second act. Now I know why, I cried the whole third act!

This past June, during our time in CO, my mom and I got to spend a day in Creede while the others hiked (they went to The Last Chance Mine). Mom and I finally went to the Creede Museum! After all those years…so glad we did that, because there is so much history in there! Old photographs, household items, an old saloon bar counter, and also the old Creede Hotel piano. I forget his name, but some famous self-learned piano player played for the guests at the hotel. It said on the piano that he could not read music but played by ear. He “read” a catalogue…he flipped different sections for different moods. They even had the catalogue there and a picture of him at the piano (you can see the book behind him). 🙂 I thought that was great! 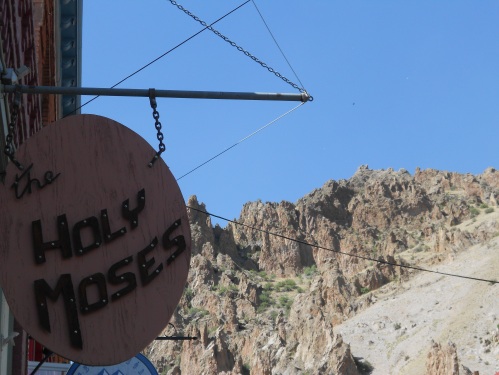 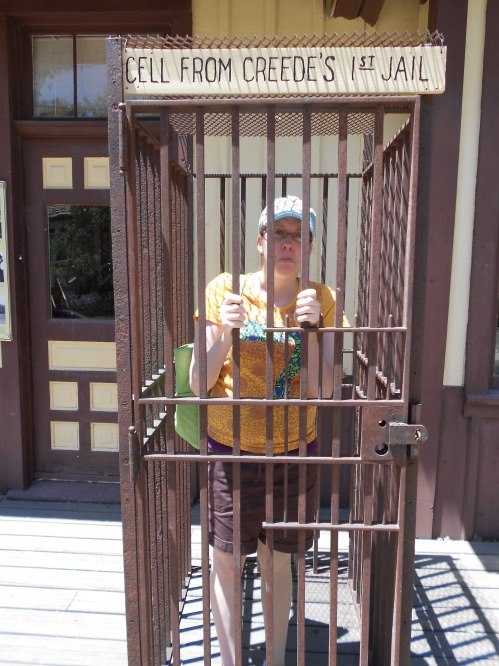 During our day at Creede, we also got in on the latest of the “Hollywood gossip” about Johnny Depp’s upcoming movie, The Lone Ranger, in which he plays Tonto. They are filming part of the movie behind Creede! There was all this buzz about the movie. Some of the locals (and others in the valley) are in the movie as background people in scenes. The man who took the picture of my mom and I by the fudge shop was talking about his role that started filming that night…a night shooting scene, ooohhhh! Cool! Our family does not go to the movies often–I did a lot in college, but I don’t anymore since it is a waste of money with no captions. BUT, we did all decide that May 31, 2013…we will be going to see the new film (just because we want to see the parts filmed in CO). 🙂 This is the closest I will ever get to big time Hollywood-ness: 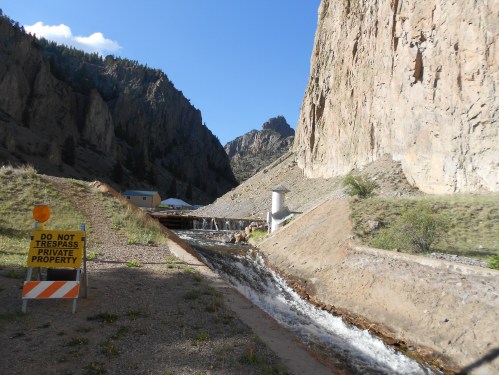 The road to the mines is closed for filming. 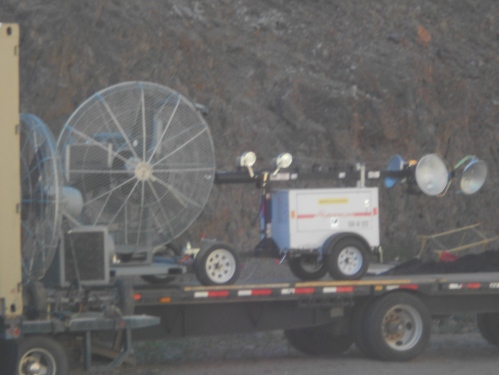 If I see a windy scene…I will know what caused it. 🙂

I also think the whole Colorado history is amazing–how it all ties together. Nicolas Creede sold the mine in 1890 to David H. Moffat, who owned the Denver & Rio Grande railroad. There are stations all across the state where the railroad used to run from town to town. It was the biggest form of traveling. The museum had the prices for the trip routes. It took over a full day to get from Denver to Creede. Major stops were in Pueblo, Alamosa and Wagon Wheel Gap (in between South Fork and Creede). The last stop was in Creede. 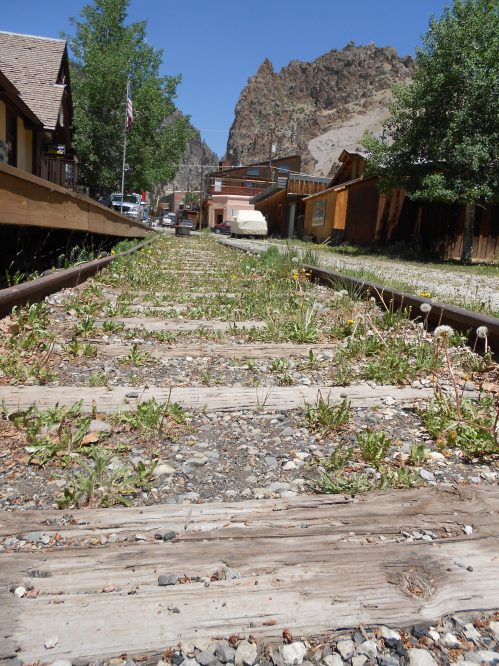 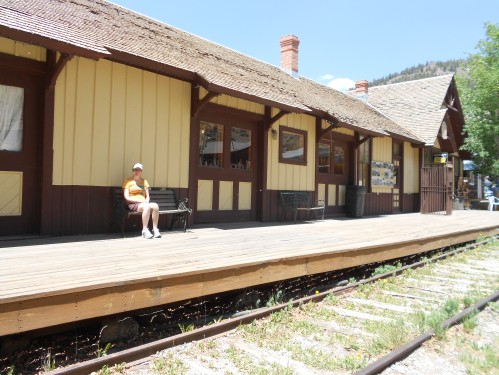 The train station is now the Creede Museum.

Creede is quite the town. I think I like it so much because of the community. It is close-knit; it is genuine. They are proud of their history and welcome all travelers to share the experience. If you are ever in Colorado…the mining towns are a neat experience. Full of history and treasures. You just never know what you might find!! 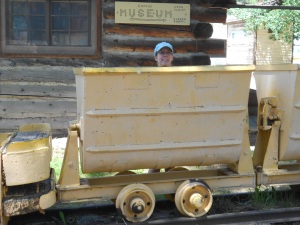 For more readings and interests: