Yesterday at breakfast, Megan and I started discussing some of the different college courses we had taken during our years of studies. Old college days have been in thought since this weekend marked Marcia’s college graduation. Our “baby sister” now a college graduate! 🙂

In the course of our breakfast chat, Megan and I discussed our science classes. I had taken Environmental Science (being a Business major, this was the easiest to comprehend–bonus, the shortest labs!) and Megan had taken a course from her college that was equivalent in study to my Environmental class. We both concluded that the study of rocks was not our keen interest. We ventured to other areas of nature…the oceans and heavens, and it made me think back to the last summer I lived at home (San Luis Valley), before permanently moving to Denver that Fall to finish school and work. 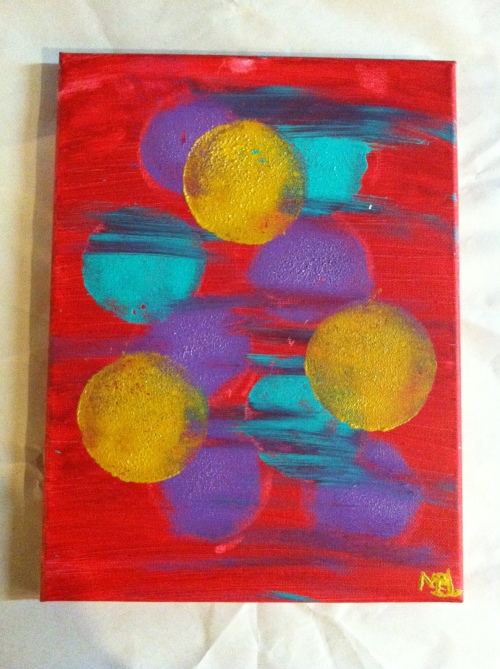 To cap off my Gen-Eds, I took several online courses from Red Rocks Community College. Besides my Humanities curriculum and online discussions, my next favorite that summer was Astronomy. Being in the science department, this also meant labs. But I didn’t mind the labs. From my parents backyard, on clear evenings with little or no moon, the heavens sparkled!! I could spend hours gazing at the stars, trying to find constellations in my Dad’s telescope or drawing the phases of the moon. One couldn’t do that living in Denver.

Growing up, we sisters would take blankets out on clear summer evenings and lay out on the grass. We would talk about life–funny stories, the little insignificantly seeming things that back then got on our nerves, fears or dreams–and stare up at the sky. I remember feeling so small…one can’t even see the whole expanse of the sky without turning your head. I know the ocean is deep, unmeasurable, but the heavens are unfathomable. 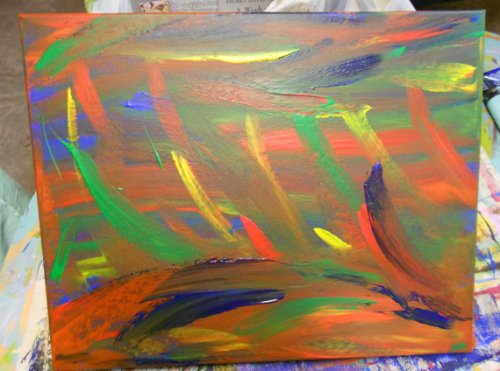 Once in junior high, I was getting ready for bed. On summer evenings, it was typical of us to leave our windows open as to get a cool breeze and hear the outside voices of nature (my poeticness version of saying, “Hear the cows chewing the grassy fields and mooing distress-fully.”) I was closing the curtains half-way when I noticed the sky was glowing red. My first thought, “Jesus is returning!” and went into an excited panic moment. Then realized it was not, but couldn’t put my finger on what I was seeing. Still in an excited panic state, I ran downstairs (yes, I literally used to run down the stairs), and yelled, “The sky is red!!” My Chicken Little moment. Dad looked out the study-room window, but the corner of the roof blocked his view of the red, making my Chicken Little situation all the more realistic. But I persisted that he go outside. When we did, the sky was aglow! Northern Lights…right out my bedroom window. Unfathomable.

He who made the Pleiades and Orion,
and turns deep darkness into the morning
and darkens the day into night,
who calls for the waters of the sea
and pours them out on the surface of the earth,
the Lord is his name.

Praise in the Assembly

I recently stumbled across a current documentary on Hulu called, “Behind the Mask.” The series is about team mascots. It follows four guys who come from diverse levels of mascot experience and also their personal lifestyles:

Michael is in high school at Lebanon, PA. Outside academics, he is “Rooty the Cedar Tree.” He uses Rooty to support and bring school spirit for everyone…even the less attended sport events, such as the bowling team.

Jon…nicknamed Jersey–attends the University of Nevada at Las Vegas. He got a scholarship to be the school’s mascot, “Hey Reb.” UNLV is a huge deal in Nevada. Hey Reb’s role is to ensure that the college atmosphere at the games is kept alive.

Chad is the mascot for a minor hockey league team. In outfit, he goes by “Tux” (the Penguin.) Chad hopes to work his way into pro-hockey mascoting. Mascots are not allowed to speak (or not supposed to anyway); Chad found a way for Tux to make squeaky noises. When he visits children’s classrooms on his side job, Tux and his squeaks are sometimes appreciated more than they are at the hockey games…it’s cute. 🙂

Finally, there is Kevin. He is Bango, the official team mascot for the NBA Milwaukee Bucks. He does some of the craziest stunt and dunks during half time shows that I have ever seen! He sometimes includes his children for holding signs to get the crowd cheering–these little bucks in costume sure win the crowd. Every mascot has the chance for injury, but personally, I think Kevin has the most chances…but it never stops him from doing the next crazy idea.

Watching this series has been interesting, mostly because I don’t pay attention to cheerleaders or mascots when attending games; I find them more annoying or a distraction rather than a crowd spirit. Proof, it was only last week that I learned “Who Dey” was the mascot for the Cincinnati Bengals. I was tired of seeing this around (what I considered a slogan), and so I used Google to find out the meaning. Yeah, I felt pretty silly. 🙂

At the end of my high school years, a guy from my class started to be our school mascot. Up until that point, we didn’t use one. I mean, after all, we were the “Pirates”–miles from actual bodies of water mass, thus, living in the sea of potato and barley fields. I always got a laugh out of that aspect. Regardless, I am not sure if our mascot officially livened our school spirit at sport events, but think he did a great job helping the crowd get into the cheers when otherwise we just sat there (yes, guilty.)

In college, we were Cougars. Being a small university, the biggest events were women and men’s basketball games. I attended both, because I had a roommate on the women’s team; everyone attends the guy’s games. The only time I saw our mascot was at the basketball games, in which the biggest stunt performed was running half way across the court, and then sliding over the other half. It was a funny sight to see–I have pictures. I never played anything more than intramural football, but I loved the sport events. My freshman year, I had roommates who played for the women’s soccer team and my sophomore year, I had roommates who played for the volleyball team; my junior year, my direct roommate was on the ladies tennis team. I tried to attended as many of their games as well–even if I felt like I was cheering alone. I was like a “mascot” for our room every year–the only non-athletic one, but I could cheer and take pictures which I enjoyed!

In the mornings, I often read a few Psalms. I find them encouraging and a great reminder to start my day with praise even when I don’t have the energy or mind-set. They are not a “mascot;” God surely doesn’t need those, nor cheerleaders. But the psalmist often write that they will proclaim God’s name, steadfast love, and goodness in or to the assembly. They never wore a mask, but sometimes their meditation was all night long…in solitude and remembrance. At other times, they were not quiet about their love for the Lord. They didn’t just say it–they shouted it, made music and even in their times of mourning…they made known that God was their strength and salvation.

I find when I am around other individuals who live in this way–proclaiming God’s faithfulness, steadfast love and goodness both through the good and bad times–whether in speech or just living their lives in testimony of it, that it becomes a contagious attitude. It reminds me to keep my focus on doing the same.